Get in depth analysis of WiMAX 4G Data service in Nepal

No matter how our country runs in terms of physical infrastructure development with hours and hours of power cut (loadshedding), we still have a good number of telco companies and Internet Service Providers. Even though data (internet) customers in Nepal are not happy with the service providers in a way or the others, we have enough number of Wireless Internet Service Providers (WiFi ISPs) running in various cities in Nepal and airing tonnes of bandwidth every single second. Currently there are 45 registered ISPs in Nepal (excluding Network Service Providers). In this article, we review currently operating WiFi ISPs (both fixed and mobile WiFi providers, excluded are mobile operators) in Nepal.

WebSurfer is one of the early WiFi hotspot service providers in the country. WebSurfer has been actively providing WiFi internet service in many five star hotels and guests houses. This UK based broadband company is very strong in the wireless communication and voice solutions deploying MikroTic and Quintum technologies. WebSurfer provides fixed wireless internet, wireless DSL, WiFi and hotspot services, see the map for distributed point of presence (POP) in Nepal.

Mercantile is the first ISP of Nepal (since 1995) now provides Wireless Internet Packages in various bandwidth and data plans. Mercantile’s services are usually more expensive than others.

HimalTech WiFi provides broadband wireless internet services, but they don’t offer too many wifi hotspots and cover only parts of Kathmandu valley and Chitwan. HT Wi-Fi is best suited for Offices near by AP, Home users, Schools & Colleges Hostel, Universities, Hospitals and Laptop users according to their website.

WorldLink’s Wizoom, a fixed wireless internet service, is one of the most used wifi services in Nepal and popular among residential and corporate houses in many cities. They have various consumer broadband schemes. They have various wireless internet package for corporate, SME, and residential users. Even tho’ there are not much WiFi hotspots from WorldLink around the cities but WLink along with Thamel Tourism Board has worked to make Thamel as a wifi zone.

Broadlink is one of the most popular WiFi hotspot providers currently in the country, with many young people subscribing to their services mainly on the background that they have got a large coverage thru out the country. With the fulfillment of connectivity options for people who need to be connected on the move, Broadlink’s WiFi is really a good option. (Read our coverage about Broadlink FAQs here)

Radius provides wireless broadband internet services based on bandwidth or dedicated packages for all corporate, residential or cyber cafes. They are the first ISP to initiate Internet roaming inside the country with hotspots and PPoEbased authentication, and now have 8 repeaters in the vallery for coverage.

CWC WiFi is relatively a new WiFi internet service provider in Nepal (estd 2010) and have few hotspots in the valley, focusing many around Baneshwor side where its office is located. The service is ideal for students however CWC provides both fixed wireless and WiFi hotspot services. They offer wifi hotspot prepaid packages interms of data limit or unlimited package. 50% Bandwidth added on active speed for 6 Month or 12 Month Advance Payment only.

NT WiFi is among the one which we have been hearing for so long, finally they are deploying it in Tribhuvan International Airport (AIT) in Kathmandu, and currently in Pokhara airport for free. NT WiFi was seeking private sector partners to start the WiFi service initially. They have Wireless routers placed in different places throughout the country – deployment phase ranging from initial 150 places to 500 places offering Nepal Telecom WiFi hotspots around the country.

Tips to stop spams! Do you know Why do you get so many spams? 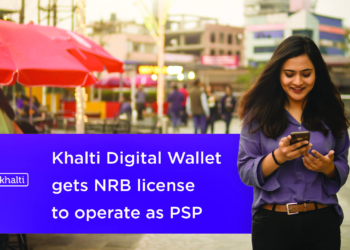