IPTV in Nepal – how feasible it will be?

What next on the techno-development road ahead in Nepal? Yes, Nepal is technically developed (let us put aside the snail type internet). We

experience all sorts of development trends here – but only in the field of communications, entertainment and information technologies. We wish the development be on all the sectors. However, this article focuses on the next Nepalese market welcoming IPTV.

WorldLink Communications has forwarded the proposal to the Ministry of Communication to operate IPTV in Nepal. Wlink is now on its decade year long customer expertise on internet connection (which we are mainly concerned about) on the communication field. Wlink desires to commence the wireless and wired IP TV in Nepal, says Pawan Shakya – the Public Relation Director of Wlink.

That’s the beginning good approach from Wlink – one of the top ISPs in the country. Now, let’s focus on What’s IPTV and what do we customer expect from one? (An article dedicated to IPTV in Nepal, FAQs will be published later.) 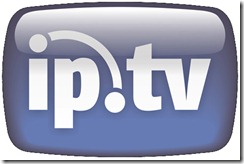 IPTV system can deliver contents directly on live or recorded format upon internet connection. However, this television system can only be watched on computer not in the traditional Television sets. Wordlink has shown interest on propagating five Nepalese News TV Channels  via IPTV technology. This has been already documented to the Ministry.

IPTV is like cable TV, but it uses a broadband connection to the Internet instead of cable for the delivery of video services, alternatively it can be watched via radio links as well (maybe a Direct Satellite Internet or high speed leased line, if you have one). IPTV works on your TV with a set-top box that accesses channels, subscription services, and movies on demand. Higher the internet speed, more the number of TV Channels that can be watched in IPTV.

Wlink has asked the Ministry of Communication for using 2.5, 5.1 and 5.2 MHz frequency for IPTV which the company has already obtained for its internal usage. The company wants to use the same frequency without paying the permission for the new one to be used for Internet Protocol Television.

However, the Ministry officials say that the frequency which Wlink has proposes to use for IPTV cannot be used for that purpose. The reason behind- this frequency has already been used for the internal purposes of Wlink, so can’t be used for public usage on IPTV. To end this two way debate, Wlink is ready to pay higher revenue to the Government if they are allowed to use the present frequency. Let’s see how this problem of frequency in IPTV will be solved in Nepal.

The customers of IPTV can simultaneously watch the broadcast TV or use that internet service. Wlink proposes to charge NRs 500 monthly for 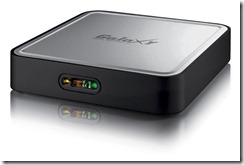 the IPTV with 256 KBps service. According to newly redefined National IT Policy by the Government, the minimum of 256 KBps internet is considered to be the broadband internet. According to Wlink, the monthly subscription fee for IPTV in Nepal can be minimized (Rs 500 is just the proposed amount).

So, are we Nepalese ready for the next generation of Television services – IPTV? Will we be surfing in REALLY broadband speed in days to come? IPTV – do you think it is feasible in Nepal while DTH service is still not launched after announcing for years by now? We wish IPTV be launched within few years of proposal.

Launch of a crazy new Social App 11Beep, Lets you socialize with your auto-expiring…

All NEW Google Translate in and from Nepali

What discounts are offered in Nepal during this festive season?