Wikipedia Zero is a great initiative from the country’s largest mobile phone operator. Ncell has announced on May 9th, 2014 that all of their users in Nepal can now surf Wikipedia – the free encyclopedia for free irrespective of any data packages in use or being purchased. It is Ncell that made Nepal one of 22 countries where Wikipedia can be surfed for free from user’s mobile devices.

Ncell, country’s leading mobile service provider, has joined hands with the Wikimedia Foundation and is launching a new product – Wikipedia Zero – under which all Ncell customers will be able to access the world’s largest online encyclopedia, Wikipedia, free of mobile data charges.

Wikipedia Zero is coming into effect from May 7. This means, from May 7, all Ncell customers accessing Ncell internet will be able to browse Wikipedia at zero cost. There is no service fee attached to the product and no product activation is required as well.

“Wikipedia Zero is one of our initiatives to provide great value to our customers. It will pave the way for present and future subscribers of Ncell to try our data service for free and also deliver a huge knowledge base in their hands,” said Erim Taylanlar, chief executive officer of Ncell.

Ncell believes this free access to Wikipedia will help contribute and support a growing number of articles in the Nepali version of Wikipedia. As of publishing this article there are a total of 26,598 articles in Nepali language in Wikipedia Nepali.

Users should note that all versions or language editions of Wikipedia are supported, currently Wikipedia is in 287 different languages of which 276 are active. Besides, Wikipedia – the free encyclopedia, the Wikimedia foundation projects includes Wikibooks, Wikiversity, Wiktionary, Wikiquote, Wikivoyage, Wikidata, Commons, Wikinews, Wikisource, Wikispecies and MediaWiki (total of 12 difference projects & services.)

Note from the Wikimedia Foundation on Wikipedia Zero

The Wikimedia Foundation is committed to providing free knowledge for every single person on the planet, regardless of financial or technical obstacles. Wikipedia Zero is an initiative to enable mobile access, free of data charges, to Wikipedia in developing countries through participating mobile operators. So far we’ve launched Wikipedia Zero in 22 countries, with more operators in the pipeline. Nearly 300M mobile subscribers have free access to Wikipedia.
Update:
Share11TweetShareScan
Previous Post 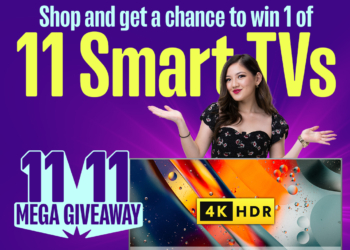