How to downgrade iOS 6 to iOS 5 – Tips and Tricks

in Tips & Tricks
Reading Time: 7 mins read
0 0
A A
0
Share on FacebookShare on TwitterShare on LinkedInQR Code

As we all know that iOS 6 has some pretty exciting features and updates like Siri, Face Time, Passbook, VIP Email. Maps and many more. Many iOS 6 users are upset with the much talked app Map by Apple that it has real time feature. Maps keeps the names of streets and places where they belong. You can also get visual and spoken turn-by-turn navigation and real-time traffic updates. But the users are complaining that it doesn’t show the exact location either. It’s not like as Apple promised and rest of the features are somehow like iOS 5.1.2. More importantly, the iOS 6 jailbreak currently available is a tethered jailbreak and in developer or beta format. As such it has some “bugs” still to be worked out.
So if you are fed up with your upgraded version of iOS 6 and want to downgrade to iOS 5, Simply follow the directions provided below by OSX Daily about how to downgrade iOS 6 to iOS 5 and enjoy your old familiar iOS 5.
1. Turn the device off, connect it to the computer via USB, and launch iTunes
2. Place the iOS device into DFU mode: with the device off, hold down the Power and Home buttons together for 10 seconds then release the power button, continue holding Home button until iTunes notifies you of a device in recovery mode being detected. The devices screen should stay black as if turned off.
3. Restore within iTunes through either method a or b:
o a: Restore from the iOS 5.1.1 backup you made prior to installing iOS 6 beta
o b: Restore to iOS 5.1.1 IPSW by Option-Clicking the “Restore” button, and then restore from iCloud backup when finished
4. Let iTunes restore back to iOS 5.1.1, the device will reboot when finished
Typically you can’t downgrade iOS versions so easily, but because Apple is still signing iOS 5.1.1 this allows downgrading to commence with minimal effort.
If you get any strange errors like 3194, 1013, etc when trying to restore, you probably have Apple’s servers blocked in your hosts file. This is relatively common for people who jailbroke a device at some point in their iOS usage. Remove any blocks to Apple’s servers from /etc/hosts and try again.
If you get confused while downgrading, here is the video provided by AppleTechPro101 which will help you out.

NOTE – for those who went with the Official iOS 6 Update the method below won’t work. it is only for Beta iOS 6. However, you can return to iOS 5. You will have to jailbreak your phone for iOS 5.1.1

Has Apple really ever invented anything? [Infographics]

Is China high on setting the 4G standards? 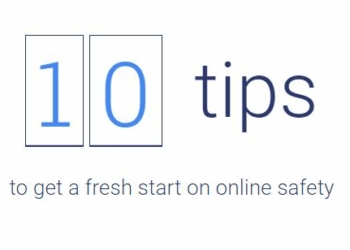 Spring Cleaning: 10 tips to get a fresh start on online safety from Google 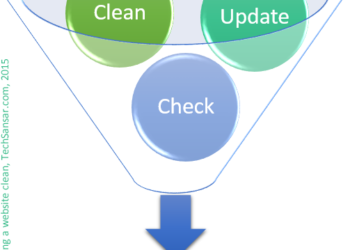 Is China high on setting the 4G standards?