[How to] Install Ubuntu Linux on Google Nexus 7 Android

in Tips & Tricks, Tutorials
Reading Time: 8 mins read
0 0
A A
0
Share on FacebookShare on TwitterShare on LinkedInQR Code

How to install Google Drive Grive2 on Ubuntu

How to install Google Drive on Ubuntu [Updated]

Ubuntu is an open source and free operating system so, over 20 millions of people are still using it as their mail OS on their PCs, and the number is steadily increasing due to its thriving community. Using it on your PC is quite easy with much easier download of Ubuntu.


On our previous article we discussed about how to install Windows 8 on you Google’s ChromeBook. But, have you ever thought of using Ubuntu on your Mobile or Android Tablets like Nexus 7? Yes, I said tablets; you can use Ubuntu in Tablets too, like here we will be using Ubuntu Linux in Nexus 7, but first you’ll need to unlock it. And, here’s a simple way to do all that.

How to Unlock Your Nexus 7’s Bootloader

So, before you install Ubuntu Linux on Google Nexus 7, make yourself ready with the Micro-USB cable that came up with Nexus 7, as well as a DVD or an image of Ubuntu 12.04 LTS or later.
Warning: Unlocking the bootloader may void your warranty.

When your Nexus 7 reboots back into fastboot mode, you should see LOCK STATE – UNLOCKED in small red text.  At this point your Nexus 7 is unlocked.

How to install Ubuntu 12.10 on unlocked Nexus 7

Once all setup has been completed, the installation can start. To install, ensure the Nexus 7 is in fastboot mode, plug it into your computer (and make sure NO OTHER DEVICES are plugged in).


Now just find the installer on the dash (just search for “nexus”) and open it. It will download the latest image automatically and flash it to your Nexus 7. After a couple of minutes, your device will reboot and finish the Ubuntu installation, which should take about 10-15 minutes.

If you have problems installing the image, please use the following troubleshooting steps:

So, did this hack helped you to install Ubuntu Linux on your Google Nexus 7. Share us, how cool does Nexus 7 looks with Ubuntu installed.

Now make your own custom browser for Android smartphone 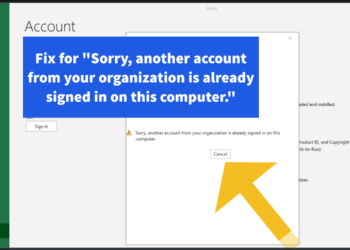