in Apple, Google
Reading Time: 5 mins read
0 0
A A
5
Share on FacebookShare on TwitterShare on LinkedInQR Code

Google Voice has overcome two of its biggest obstacles to mass adoption: a way onto the iPhone, as well as a way for subscribers to use the service without changing their number.

The move essentially robs the carrier of any hand in hosting voicemail services for their customers. The Internet giant last night said that Google Voice subscribers can use Google Voicemail without changing their phone number.

The new service provides a backdoor onto the iPhone by allowing users to reroute their carrier voicemail to a Google Voice account. In the past, Google Voice subscribers have had to commit to a new phone number, which many users were reluctant to do.

While the new service does tap the iPhone in a limited sense, it’s still no replacement for a Google Voice App. Wireless Week did limited testing of the new service on the iPhone. The individualized messages for specific callers worked well. However, the visual voicemail translation is simply not accurate enough to rely upon. For lack of a Google Voice App, iPhone users who want to listen to their voicemails will still have to open a separate browser window in order to listen to each message saved to their account.

Apple, Google and AT&T have been embroiled in an FCC inquiry into Apple’s rejection of the Google Voice app from Apple’s App Store. Apple said it had not rejected the application but was holding it for further review. Later, Google produced a letter that said that Apple rejected the app because it did not want applications that “duplicated the core dialer functionality of the iPhone.”

As of press time, AT&T had not released a response to the new service. The service requires a Google Voice account and that users dial a long code from their phone to activate the voicemail service.

This article is published by CedMagazine.com

How to view iPhone sites in desktop, Safari as an iPhone simulator 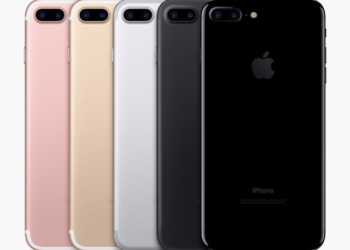 All NEW Google Translate in and from Nepali