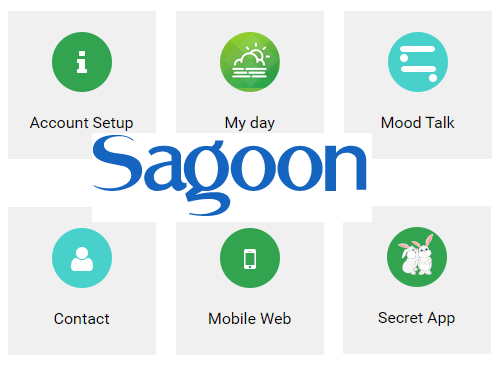 Founded by Govinda Giri with Kabindra Sitoula as co-founder, Sagoon has more than 178,000 users at present. The networking site’s main attraction is its secret sharing feature. It’s a place where you can vent your feelings, and because you have the option of claiming anonymity, your secrets are pretty safe. One can find different kinds of secrets in the networking site.

From relationship problems, to deep fears, humiliations, and fetishes, people have confessed their deepest secrets there. Each secret can be accompanied by different hashtags like anger, religion, weird, lonely, etc. You can choose to send your secrets to certain people or share it with everyone. If you share it with a particular person, you can either send your confession/secret anonymously or without hiding your identity. As soon as the secret is read or the receiver comments on it, it disappears. The objective is to help people get things off their chest.
But while this secret sharing function is fun and also gives us a space to express our emotions and thoughts freely, there are certain downsides to it. The problem with sending secrets anonymously is that the receiver gets an email which shows clearly who sent the secret. So what’s the purpose of sending secrets anonymously if your identity ends up in the receiver’s email?
What also doesn’t make sense is that each secret has a comment section and ‘like’ and ‘dislike’ buttons as well. If someone is a sharing a particularly painful secret why would the person want to face a barrage of comments that might make him relive the experience all over? The user also has the option of uploading a photo along with their secret. But this merely takes away from what they’ve shared. The photos most often do not suit the confession and it’s distracting.
Sagoon’s problems do not end there. After finally realizing where one needs to click to find friends, another problem arises when the invite you send doesn’t reach your friend’s account. The ‘friend request’ is accepted at last but only after sending a couple more invitations. Users do not receive notifications promptly and when they do, it fails to direct them to where they should check, which is another drawback. A user has to constantly refresh to see if anything new has come up.
Perhaps because Sagoon’s latest version is still new, the site has many problems to improve on before users can really commit themselves to it. The chat feature also needs work because it is not prompt and one has to refresh the website to see the latest messages. The reminder you set fails to notify but it is marked as ‘done’ if you check past the set date.
All things considered, the makers have a lot of work in front of them before they can entice more users. Till then the users can simply hang around the website reading other people’s confessions.
Source: Myrepublica 1, 2
ShareTweetShareScan
Previous Post

YouTube is now launched in Nepal for Google & Google (Apps) for Works users. YouTube is now launched in Nepal for Google & Google (Apps) for Works users.