Skype App for Windows 8 RT is ready, but not downloadable yet 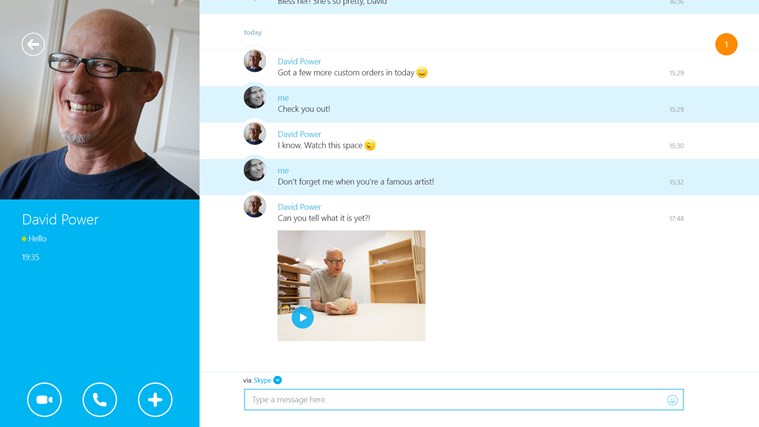 Looks like Microsoft is having hard time – even tho’ they have planned for Windows 8 OS, Surface tablet, Windows 8 RT and big developers events at the last week of this October, Microsoft is facing bad luck with the timing. Even they don’t have enough apps to demo Windows 8 RT surface. This time the talk is about Skype, the VoIP platform which Microsoft purchased a year ago, is still not downloadable for Window 8 users.

[How to] Recharge your friends mobile phones from Rynga

How Skype app on Windows 8 and Windows RT looks like is depicted in the picture above. However, there are no clues when Skype can be downloaded by Windows 8 users; we can still doubt but most probably their Surface tablet will come with touch version of VoIP and messaging application Skype ready.

The Surface page specifically describes Microsoft’s ARM-based tablet running Windows RT, the stripped-down version of Windows 8 that prevents users from installing desktop applications (other than a few pre-loaded programs including Office). So it can’t be talking about the desktop version of Skype. Download Skype for Windows 8 App here.

15 Most Popular, Useful & Best Tablets in the Market

How to install Fedora 17 in Google Chromebook?

[How to] Recharge your friends mobile phones from Rynga